Live DOUBLE DISC recording of rare full band shows from Nils Lofgren on his most recent U.S. tour. For the first time in over 15 years, with a full rock band of dear friends, Nils Lofgren hit the road with a new album, Blue With Lou, featuring songs co-written with Lou Reed. Every town, club, staff and audience played a part in these live recordings, inspiring the band every night. Audience and band alike sharing their souls, gifts, spirit and energy make for a fresh, new live sound for Nils.

Includes reworked classics from Nils' vast catalogue, new live recordings from his most recent studio album, and a few choice cover renditions, including Nils' brothers Mike and Mark addition on "Mind Your Own Business" and a tasty jam intro to "Papa Was a Rolling Stone", leading into his classic, "I Came to Dance".


Nils' first studio release in eight years features five previously unheard songs co-written by Lou Reed. Produced by Nils and Amy and recorded live at his home studio in Arizona with longtime collaborators Andy Newmark (drums) and Kevin McCormick (bass), featuring Cindy Mizelle vocals. Saxophonist Branford Marsalis is featured on a new recording of the Lofgren-Reed composition “City Lights.”
Nils will be hitting the road with a full band in May in support of the album.

Nils' Video "Pretty Soon" from Blue with Lou
Check it out and share! 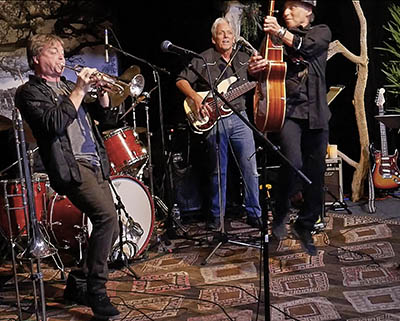 Nils Blind Date Jam! ®
Digital Video Downloads
No rehearsals. No homework. No advance discussions. This is where musicians come to jam. I throw out an idea, then we go for it and see where things lead. It's reckless, raw, unique and in the moment. This is where we can trust our musical instincts and enjoy the freedom of the unknown. It's where musicians come to play. 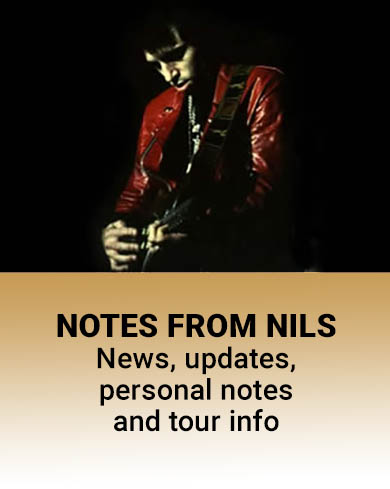 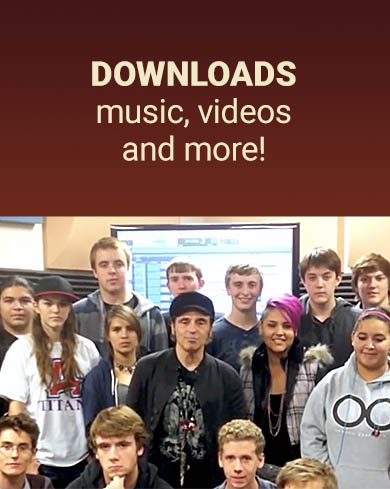 Versatile songwriter, singer and guitarist, Nils has been working professionally since age 17. He has toured with Neil Young, Ringo Starr and is currently a member of Bruce Springsteen's E Street Band. After fronting the 70's group Grin, Nils embarked on a solo career and has been a sought after session player.

Nils was profiled on AARP's "My Generation" show. Watch it online.

Grin's "Gone Crazy" and Nils' "Cry Tough" available on the Hip-O-Select label. Grin's "All Out" is on American Beat Records. Available at amazon.com.

For all other inquiries:
info@nilslofgren.com